Outbrain vs. Taboola Whats Different And When To Use One Over The Other 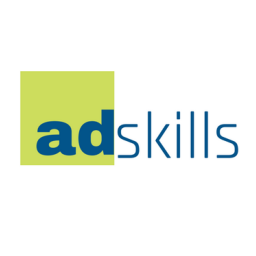 I’ve invested a little over $10,000 into both Taboola and Outbrain.

Below you’ll learn about my experiences with each, how much you need to spend to get started, and what makes them different.

If you’re not familiar with the two, they are the ads at the bottom of Forbes that say, “You’ll never guess how this man gained 10 pounds of muscle overnight” and stuff like that. Basically, the tabloid ads of the Internet.

If you’re looking for ad ideas and killer headlines, the ads people run on Outbrain and Taboola are unmatched.

You can easily see what image types and headlines are the highest converting. They’re listed on damn near every site. For headline inspiration, look in the “Powered By” ads section on sites like the NY Post, Entrepreneur and Forbes. Chances are, you’ll see Taboola or Outbrain ads.

While both Outbrain and Taboola are great platforms to run ads, they are also very different.

While both Outbrain and Taboola are great platforms to run ads, they are also very different.

What Makes Outbrain Different From Taboola?

Both use different publications for ad placement, as well as varying delivery methods. With Outbrain, you’re allowed to set only a daily budget. Tell them how much you want to spend each day, and they’ll spend it, plus about 20 percent. They always go over. Taboola has a monthly budget you can break down daily.

The audience targeting on both platforms is pretty much the same. Choose from geographic location and exclude publications where you don’t want to run ads.

For example, if you sell business coaching, you probably don’t want your ad on TMZ.com. The best way to narrow down your audience is by excluding as many publications as you can. Do that, and I guarantee your ads will only run on the ones you most want.

Taboola assigns you a rep. Your rep sells you a package and then sends over a doc-u-sign paper agreement. I had to commit to $5,000 and a $.45/per click rate.

I didn’t have a set time frame to spend the $5K. I just had to agree to spend it.

When I set my first campaign with a budget of $500 with Taboola, I spent the $500 in like 30 seconds! They have so much traffic it was nothing to them. Literally, my entire spend was gone in seconds. Google Analytics reflected the stats were real, too. I had around 1,200 clicks in a few seconds. NUTS!!!

Outbrain didn’t give me a rep.

I did everything electronically and was up and running with my first campaign in minutes flat. They don’t ask for a minimum buy-in and I could set a daily limit on clicks. Outbrain spaces the clicks out over the entire day.

While I paid $.45/click at Taboola, I averaged $.10/click at Outbrain. The quality of traffic and site distributions are similar, so I calculated I’m getting more bang for my buck at Outbrain.

When To Use Outbrain Vs. Taboola?

Taboola has a lot more traffic, so if your goal is purely volume of clicks – go with Taboola.

Outbrain, was easier to use (despite not having a rep), and was easier on the wallet. If you’re just getting started with native ads, or if you’re purely just trying to get more traffic to your blog – go with Outbrain.

I still use Taboola, too. Because there’re some great sites where I want to run my content. Like Forbes and CNBC. I place my ads there for branding and such. Especially since the pixel tracking in my site can retarget them on Facebook and the Ad Network. So there’s a need for me to use both. Plus, I like my ads anywhere I can get them.

If you’ve been considering other places to run ads outside of Google PPC, Facebook and the other usual suspects, and you have some serious headline writing skills, you should run some tests on Outbrain first. Once you get the results you want, commit and use Taboola as well.